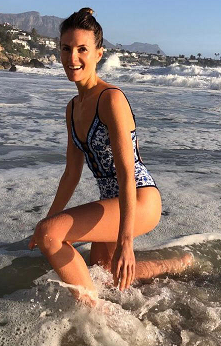 A Simple Truth to Save Your Life

The health & wellness field has been so erroneously over-complicated, sending people unnecessarily – but coerced through effective marketing – in countless directions that promise to fix their symptoms and illnesses.

Here’s the simple story: There are good light bearing microbes (this means they are full of light, aka intelligence/know-how) and there are rogue microbes which are either scrambled intelligence or decomposers (and sometimes both). There will and naturally should be a certain quantity of rogue microbes in the healthiest body. A contingent of cancer cells, pathogenic bacteria and even some fungus keeps the life-generating/high Intel-coded microbes fit and evolving (kind of like a sparring partner).

But if/when this balance goes from the healthy distribution of about 85% life-force ‘know-how’ microbes to about 15% harbingers-of-chaos/life-destructive microbes to a higher component of the latter, an otherwise strong, healthy being falls to ruin. And once a critical mass of destructive microbes or decomposers is reached, a systematic take-down is set in motion that can only be turned around by intense remediation of the cause behind the take down: namely the restoration to the needed ratio of the life generators to the rogue entities.

The body is SO strong when its microbial life is sound. It is SO weak once a takeover occurs. It spirals out negatively affecting every bodily system to some degree. So don’t waste time with any so-called health application that is not directly correcting your microbial biome. It’s true that the term “microbe” means “small life” (from the combined Greek words “mikos” and “bios”) but in those tiny life forms reside all the BIG Intel from the Creator whose messages and actions are either going to be delivered or instead intercepted/silenced/distorted or drowned out by a mission of what can only be called the “anti-creator.”

You don’t need a dozen lab tests to know the state of your microbes ratio. You know from your symptoms and by knowing your history of antibiotics, pharmaceutical drugs and diet. If you’ve created the conditions for a thriving state of life-generating microbial life by keeping your body’s systems internally clean and surrounded by an oxygen rich environment then you’ll have an ideal balance. If you have not, then you’ll have a situation where the power has gone the other way and you’re governed by a less favorable order of things. Either way, it’s a simple formula that you can address without anything more complicated than a juicer, organic vegetables and water up the wazu!