The Mechanics of Deep Tissue Cleansing 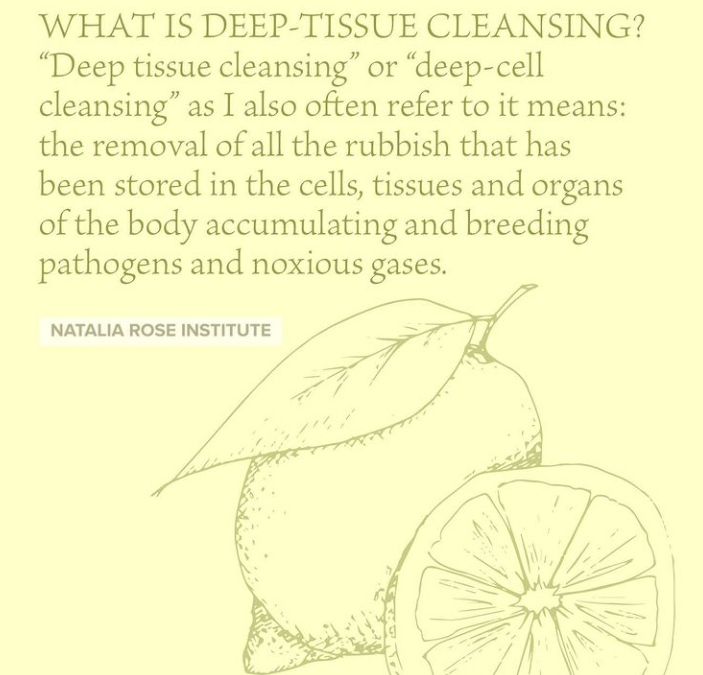 The mechanics of deep tissue cleansing are simple, enlightening (literally and figuratively). Herewith, in short: Anything that is NOT an organically grown, water-containing plant substance is not designed for your body and therefore cannot be fully metabolized and eliminated by the body. Such things are acidic to varying degrees and therefore positively ionically charged. Positively ionically charged substances will magnetically adhere to your healthy internal tissue which is negatively ionically-charged. The substances then stick and cook into your cells/tissues.

The lack of water in the substance ingested means that it also causes the cells and tissues that it is congesting to dry up, making that tissue lose its kinetic energy (basically rendering it energetically dormant — which is why most people suffer from a kind of large-scale fatigue). This accumulation is massive over years of eating non-water containing foods day in and day out but will begin to be experienced early in life on the modern diet. To add insult to injury, the accumulation doesn’t just sit there innocuously – it rots. It decomposes, and in the rot, develops all manner of pathogens. These pathogens make babies and the families of pathogens eat — so they also release excrement. And most people don’t know this is the reason for aging and degeneration. They just think it’s par for the course of life. Nothing could be further from the truth!

The ‘good news of tissue cleansing’ is that we can remove all the accumulation and the pathogens by hydrating and magnetizing the waste up and out of the cells and tissues bringing back the space and kinetic energy in the body. This should lend a great deal of light now to all my posts for those of you who were not aware that tissue cleansing is what my work is all about. This is why green juice, colonics and making green-centric foods delicious is spotlighted — as a means for deep cell & tissue cleansing.

If you’re interested to know more, I’ve written NINE books on the subject and I have an innovative at home personal enema kit called the Enlightener.