What Else is Needed Aside from a Plant-based Diet? 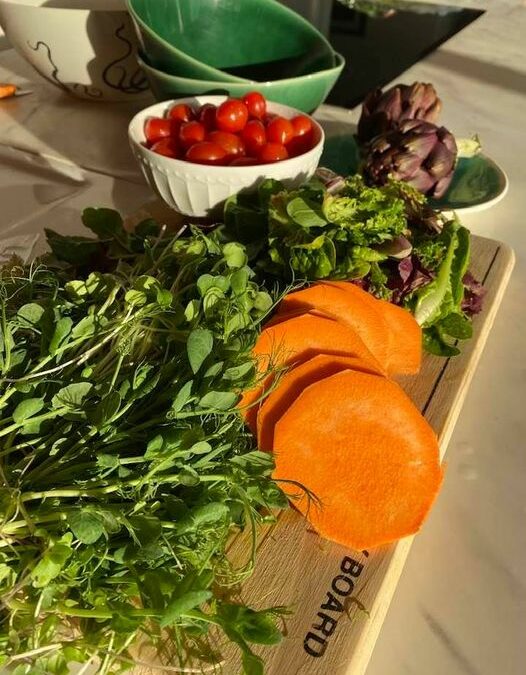 I hear people all the time saying they wish they could eat a 100% plant-based diet but struggle. Yes, plant-based sounds good, doesn’t it (and the alternatives being animal-based or SAD or paleo or some other water-devoid consumption like Banting) are not in harmony with maintaining both 1. the very high water-content and 2. the alkaline force-field of the body.

BUUUUUUT…. simply eating a plant-based diet is not going to make you healthy. Being plant-based per se is not going to cure you of your fatigue, excess weight, auto-immune diseases, and countless other mounting fragilities. Only getting the WASTE OUT will do that. You don’t rehabilitate a landfill by putting some flowers on it or planting a few trees in the radioactive, septic soil. The only hope of restoring health to toxic soil is by removing the septic, radioactive matter from the land.

Too Many Nuts and Grains

Also, plant-based means little if it is in the form of substances that constipate your system. Large quantities of nuts and grain (which is how modern people tend to consume these – as in by the fist-full and in bowls-full) is not going to solve anything in your body. Unless you take these in very small portions, it just adds to the already problematic density & inflammation.

If you block a pathway in nature, the requisite flowing elements like water and oxygen will not be received. Don’t beat yourself up over a 100% plant-based diet and better yet, don’t fall into the trap that it will fix you by itself. What will fix you is using dark green plants to awaken deep waste from your cells and tissues and then using colon irrigation to remove that which the plants awakened! Focus on what you’re able to remove from your body as the primary method of regenerating yourself!

We do this by the tried-and-true method of awaken + release. Electron rich/highly oxygenating substance (greens primarily) reconstitute and magnetize the waste up and out of the cells and tissues, to exit the colon through enemas and colonics. It’s a two-pronged effort – both legs of this are needed if you want to truly walk & run through life!

There is no such thing as a cleanse that doesn’t result in the copious release of deeply drawn up matter. Do you cleanse your house without removing copious rubbish? Do you sprinkle supplements and leaves and consider it cleaned? Of course not! So have your green juice and raw salads and if you need to, and have a few eggs or a piece of fish or a Bison burger if need be (I don’t like the idea of exploiting animals for food, for the record, but once enough cleansing has occurred, this person will become such a force for good in the world that it will more than compensate and the animal eating will stop – once s/he realizes where his/her energy & strength actually comes from – the life-force current from the removal of obstruction – s/he will immediately stop consuming the flesh of animals and eat a true plant-based diet as intended – simple, sparse & clean). That’s what we need to get to fully experience our human design. But it comes in stages, a transition is required.

Plant food, unless you’re growing it yourself very carefully according to the methods of Rudolf Steiner or as depicted in the “Anastasia” series by Vladimir Megre, is still a part of the massively destructive agriculture industry that is in no way ‘vegan’ in practice, as a central harbinger of the extermination of whole eco-systems. The best book I know of on this subject is Lierre Keith’s “The Vegan Myth.” Yes, “eat a carrot and save a cow,” I say – absolutely! That’s how I live (though my taste for goat cheese begs redemption despite my best attempts at contrition).

Bottom line: get the waste out of your cells and tissues. That’s your redemption & regeneration solution! If you eat a few eggs in the process don’t beat yourself up IF you’re using those eggs to upgrade your tissues and organs by cleansing. Plant-based is great if we’re talkin’ leafies and veggies, but not if it’s an excuse to stuff up on nuts and grains, soy and raw-vegan cheesecake day and night.

Think about what you’re aiming for. There’s gunk to get out. All the plant-based initiatives in the world will not do that without the awaken + release formula for success! If you’re full of waste, you’re wasted and wasting away. Please do the truly effective work: cleanse and don’t get sucked up by labels like “vegan” or “raw.” What is your goal? Define it. If it is cleansing, CLEANSE. If it is to be merely plant-based, okay, just know your vibratory result will most likely be underwhelming. Clean-celled is not a theory – it is an experiential fact for those who put the awaken + release formula to task. The evidence is visceral & tangible as so many of you know!